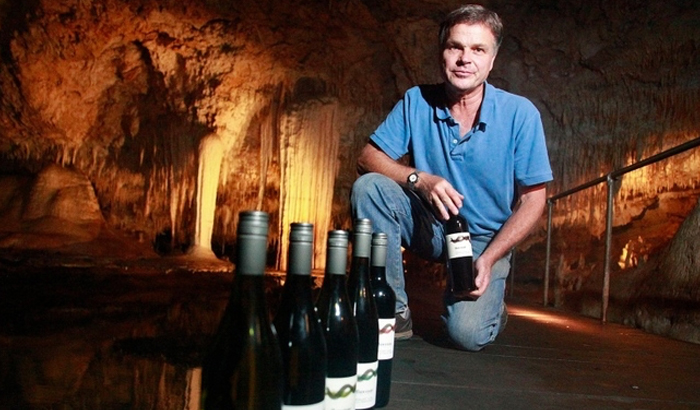 Stuart Pym is a wine maker from the Margaret River region. He previously worked for Voyager Estate, Devils Lair and Stella Bella, before establishing his own winery with good friend Phil Giglia.

Last night Flowstone Winery was announced as the winner of the James Halliday Wine Companion, New Winery of the Year.

Kennards Wine Storage is the proud sponsor of this trophy and we took some time out to talk to Stuart about his cellaring style, most memorable moments and the 50kg Irish Wolfhounds that feature prominently at Flowstone!

Congratulations on your win, it sounds like an amazing Journey to get to this point. You joined the wine industry in 1983; what is the most memorable moment you experienced during this 31 year journey?

Probably goes back to when my partner, Janice, and I started a little wine brand in the late 1990s. We had leased a vineyard, so had grown the grapes, made the wine, designed the label (which was quite unconventional at the time), put the labels on by hand after the wines had spent 12 months in barrel and 9 months in bottle, packed them in to boxes, and sent them off to customers. To then be in one of Perth’s happening restaurants (at the time), to see someone on another table, order the wine, and drink it, was very…..satisfying.

You are a double trophy winner this year; tell us about the winning wine?

A trophy for the Sauvignon Blanc certainly surprised me, but I can understand how it has come about.

I enjoy drinking Sauvignon Blanc, but more so the styles from Sancerre and Pouilly Fume. The wines are less brightly fruitily (if that is a word) aromatic, and with more subtle and mineral tones. These wines do have palate texture, and length of flavour. Obviously, an awful lot of people drink Sauvignon Blanc now, with most of it being the Marlborough style. I wanted to remind people that Sauvignon Blanc can makes wines of more subtlety and nuance, with minerality, and length of flavour. I often joke that making Sauvignon Blanc with a palate is the second hardest task in winemaking – but this is what I wanted to do.

In short, I wanted to make a Sauvignon Blanc that I enjoyed drinking.

Without doubt, this was the wine I was most apprehensive about, when releasing all the new wines. It was not going to be in most people’s expectation of what Sauvignon Blanc should be. Fortunately, those with more worldly palates got it. It has been very well received.

Poppy and Lucille, your two Irish Wolfhounds feature prominently on your website; what are their personality traits?

Poppy has had to do it hard – one of two girls in a litter of 10; she has had to fight for everything she can get. As such, has developed a very strong food focus. She is also very protective, which is reassuring when the dog is 53 kg.

Lucille, has had an easier life, and has a very strong attention focus. She generally meets visitors with a wagging tail, and nose at groin level or above – which appears to be disconcerting for some people (not all).

Poppy is Lucille’s aunt. I have trained them both not to jump up on people. For those that aren’t aware, they are Irish Wolfhounds.

You have known Phil since the 90’s, but we want to know how you two turned your dream into reality?

Serendipity and patience, with a passion for wine. It probably would have happened earlier if we both didn’t have proper paying jobs.

What’s next for Flowstone?

Consolidation, and remaining very small and hands on.

On your wine collection

How would you describe your wine collection? Eclectic, but with a European leaning.

You’re most recent addition to your wine cellar? Some Portuguese, Spanish and Italian red wines , and a little bit if fizz.

Which Flowstone wines can be cellared? All can be cellared to some extent; in fact, we have done a bit of that for you!! The 2009 Queen of the Earth Cabernet Sauvignon would be the most age-worthy, with a comfortable 10-15 years ahead of it. It is 5 years old now, and still looks very youthful.

When did you start your wine cellar? The early 1990’s.

What wine features prominently in your cellar? Barolo.

What is your oldest bottle of wine? 1962 Cantine Pellegrino Marsala Vergine Riserva.

What is your favourite wine style? A trip through the cellar would give that away – and it would appear to be White Burgundy and Barolo. 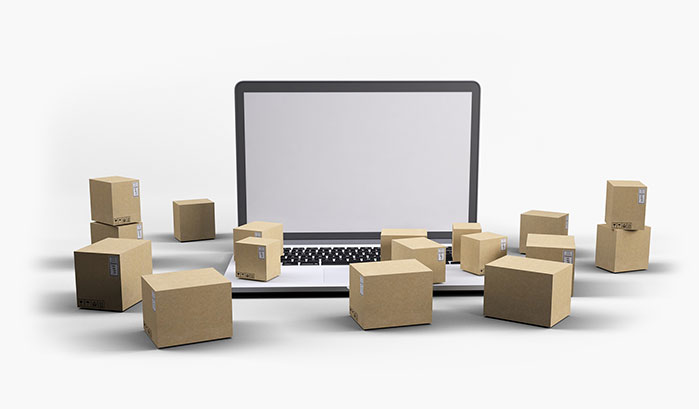 Can a Box Make The World Go Round? 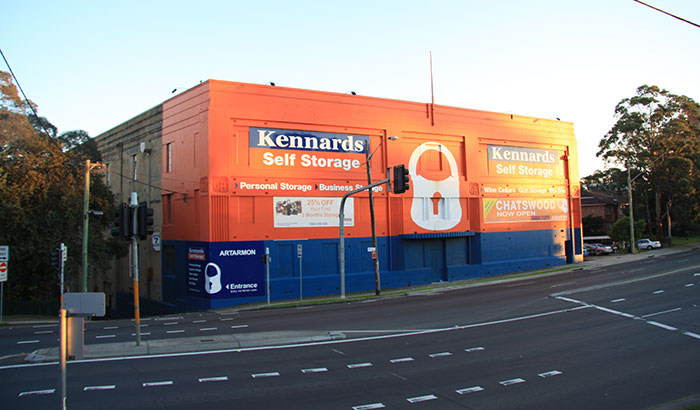 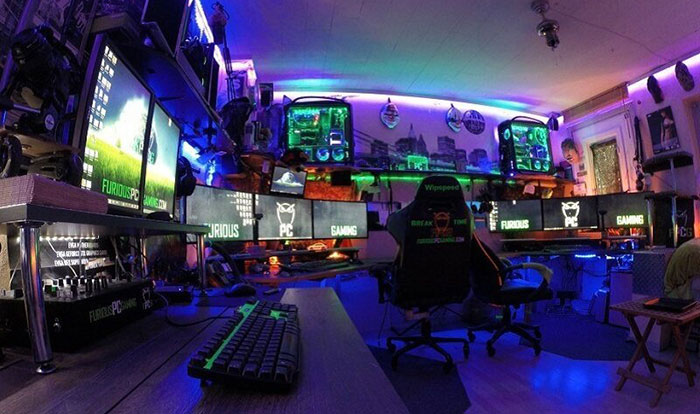 It is estimated 2.7 billion gamers around the world and their demographic is changing all the time. Gone are the days where the gamer profile fits into the 16-25 year old demographic.